Ultra-luxury Silversea Cruises has reduced the single supplement on more than 20 sailings in 2011 to just 10% - 25% (above the per-person, double-occupancy fare) for Vista, Veranda and Midship Veranda suites.

Initially launched last summer on select 2010 voyages, the line's specially reduced Solo Traveler fares proved such a popular incentive with independent travelers that the company is extending the offer to select 2011 itineraries.

For a complete list of 2011 sailings offering single supplements from 10% to 25% visit Silversea.com and click on Special Offers.

Similarly, Pandaw River Cruises have announced "no single supplements" for the January 1, 2011 departure of the RV Orient Pandaw "Into the Heart of Borneo" cruise.

For more information on this and other savings take a look at the Pandaw River Cruises web site at www.pandaw.com 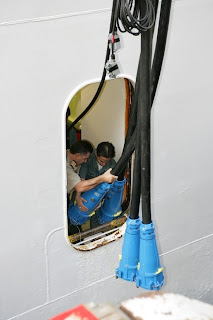 Princess Cruises recently helped to inaugurate the Port of San Francisco’s new shore power facility by “plugging in” to electric power from shore.

The new shore power technology at the Port of San Francisco cruise ship terminal enables Princess Cruises’ ships, and other equipped vessels, to use power from the city’s grid instead of the engines to power the ship’s onboard services--reducing emissions when docked in San Francisco.

The port becomes the fourth in the world where Princess Cruises’ ships can take advantage of this innovative technology. The new shore power installation in San Francisco is a cooperative effort by the Port of San Francisco, San Francisco Public Utilities Commission, the Bay Area Air Quality Management District, the Environmental Protection Agency, Holland America Line and Princess Cruises.

Princess’ shore power program made history when it debuted in Juneau, Alaska in 2001. It expanded to Seattle in 2005, and then to Vancouver in 2009. Shore power connections are planned to roll out in other ports that have made commitments to the technology, including Los Angeles and San Diego. Currently nine of the line’s ships are outfitted with the capability to “plug in” to a shoreside power source, representing an investment for Princess of nearly $7 million in equipment alone.

To create this unique power system, also known as “cold ironing,” Princess has outfitted its ships with custom-built connection cabinets that join the ship’s electrical network to the local electric system ashore. The electric power is transmitted from a landside transformer to the vessel via four 3½-inch diameter flexible cables. The actual cable connection on a vessel is a traditional, though quite large, plug and socket. The length of time needed to connect a ship to shore power and shut down the vessel’s diesel generators is approximately 40 minutes. Once connected, the ship’s engines are powered down and, simultaneously, the necessary amount of power is delivered to run the ship’s services while in port.

Additional information about Princess Cruises is available by visiting the company's website at www.princess.com

In light of the recent shutdown of Cruise West and subsequent concern over small cruise lines, American-managed Victoria Cruises, which offers five-star river cruises on China's mist-shrouded Yangtze – has assured the public that cruise business is actually doing quite well in China despite the economic difficulties faced by most travel entities around the world. 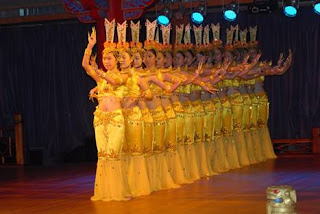 “The economies of the U.S. and European Union have affected our percentages of Western guests, but they have not hurt our business,” added Greenman, noting that this is due to the rapidly growing middle class in China, who are for the first time in the country's history able to travel their own heritage. “Western guests now have more opportunities to take away first-hand experiences by communicating with Chinese guests," he explained.

Victoria Cruises’ most popular program is the Three Gorges Highlights itinerary featuring excursions to the impressive Three Gorges Dam in San Dou Ping, and the “Ghost City” of Fengdu at Mingshan Hill and a sailing experience through the impressive Small Gorges of the Daning River one of the Yangtze’s tributaries. 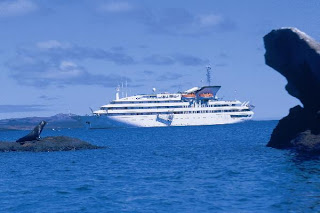 The all-suite 100-passenger M/V Galapagos Explorer II is an exceptional way to explore the Galapagos Islands, with promotions available during 2010 to include discounts up to $1,100 per person.

For 2011 there is ta special promotion with rates that start at $1,291 for the cruise only or $1,839 for the all inclusive package. Conditions apply to all promotional rates. 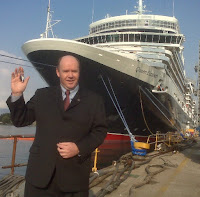 30 September 2010 – Cunard Line has taken delivery of Queen Elizabeth – the second largest Cunarder ever built and the third new liner for the luxury cruise vacation company in six years.

The Handover Ceremony took place today on board the new 92,400-ton vessel at the Fincantieri Monfalcone shipyard. The event included a speech by Cunard President Peter Shanks. The Italian flag was ceremonially lowered and the Blue Ensign was raised, marking the entry of another magnificent Cunard liner into the Register of British Shipping.

“This ceremony to mark the completion of the Queen Elizabeth and our acceptance of delivery, is just the first of a number of significant events over the next few weeks – including the ship’s official naming by Her Majesty The Queen in Southampton on Monday 11 October,” said Shanks. “I’m certain the British will take this truly magnificent ship to their hearts, as they have all the Cunard Queens.”

Queen Elizabeth is due to leave the shipyard on 30 September and sail to Southampton, where she will berth at the Ocean Cruise Terminal on Friday 8 October.

Queen Elizabeth will depart on her Maiden Voyage at 5:00pm on Tuesday 12 October.

For more information and to book a Cunard voyage aboard Queen Elizabeth go to www.cunard.com.
Posted by Prow's Edge Cruise Magazine at 7:50 AM No comments: