About Adventures by Disney 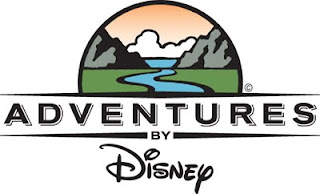 As Disney Cruise Line revolutionized – and in some ways defined – the family cruise vacation, award-winning tour operator Adventures by Disney has re-created the way families think about vacationing together.

Launched in 2005, Adventures by Disney provides immersive, hassle-free and unforgettable guided family vacation experiences to destinations in Europe, the Americas, Africa, Asia and Australia. Families traveling with Adventures by Disney receive exceptional service while taking part in extraordinary experiences from Cape Town to Paris, Yellowstone to Costa Rica, the ruins of Pompeii to the ruins of Machu Picchu, the Great Barrier Reef to the Great Wall of China and more.

For the second year in a row, Adventures by Disney was named World's Leading Luxury Tour Operator and North America's Leading Tour Operator by the World Travel Awards, which sets to recognize and celebrate excellence in global tourism, hospitality and travel. It also received two Travel Weekly Magellan Awards for its website and consumer collateral, awarded for the second year in these categories.

With Disney-trained Adventure Guides, engaging activities, VIP experiences and personal touches throughout, Adventures by Disney excites and delights every member of the family.

For the first time ever, Carnival Cruise Lines is infusing its fun spirit into the world’s largest New Year’s Eve celebration in New York’s Times Square. Carnival today announced it is the official confetti sponsor of the Times Square New Year’s Eve 2011 celebration, bringing its signature fun and popular brand to the annual gathering of more than a million revelers. The sponsorship includes multiple opportunities to associate the “Fun Ship” brand with the annual excitement and engage Times Square visitors and Carnival fans online with the option to have their wishes for 2011 added to the celebration’s confetti.

Carnival’s Senior Cruise Director John Heald will lead the official confetti air-worthiness test in Times Square in late December. He will then grace the main event stage on December 31 to lead the New Year’s Eve celebrants in a practice countdown, complete with 500 pounds of Carnival-colored red, white and blue confetti, the first confetti drop of the New Year’s Eve 2011 party. At the stroke of midnight on January 1, 2011, a ton of colorful Carnival Confetti, hand-tossed by approximately 100 “confetti dispersal engineers,” including a number of lucky Carnival employees, will fill the New York City skyline. Carnival will also engage the crowd through billboard advertisements and a text to win cruise giveaway on New Year’s Eve.

“Carnival is thrilled to be part of New York City’s New Year’s Eve celebration and add our brand of participatory fun to the festivities,” said Jim Berra, senior vice president and chief marketing officer for Carnival Cruise Lines. “There is no place more iconic and energetic than Times Square on New Year’s Eve, so the opportunity to be the official confetti sponsor of this celebration is a great way for us to reinforce the fun our guests experience and to kick off the New Year for our brand. We’ll also be sending warm thoughts of Caribbean climes and tropical breezes to the revelers braving the cold by giving away a Carnival cruise vacation to one lucky person.”

Announcing that cruises for 2012 are now open for sale, Silversea Cruises have revealed a line up of more than 200 cruises to almost 450 destinations in more than 100 countries on seven continents.

"The world is an amazing place, and it's our goal to create opportunities for travelers to explore its marvels in exceptional style and comfort," said Steve Tucker, Silversea's vice president of field sales for North America. "Our 2012 schedule has been carefully designed to offer a broad range of travel choices, including multiple-day calls and overnight stays showcasing traditional must-see destinations, as well as journeys to remote regions that are inaccessible to mega-ships."

An overview of the cruise line can found at PROW'S EDGE CRUISE LINE PROFILES - SILVERSEA
Posted by Prow's Edge Cruise Magazine at 10:19 AM 1 comment: 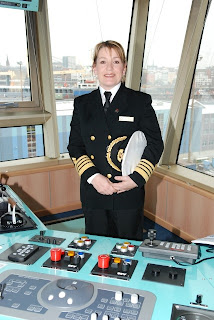 Captain Olsen’s first task at the helm of Queen Victoria was to take the ship, without passengers, to drydock in Hamburg for its planned refit. Next Wednesday, 15 December, she will be on the bridge as the ship sets sail with a full complement of guests.

Forty-three-year-old Captain Olsen was born and raised in the Faroe Islands, which accounts for her maritime abilities, and she joined Cunard in 1997 as First Officer on board Caronia. In 2001 she transferred to the Seabourn fleet, which at that time was part of Cunard. She sailed on Seabourn Sun and Seabourn Spirit before being promoted to the rank of Staff Captain on Seabourn Pride in 2003.

Following some years with other companies within the Carnival Corporation group, Captain Olsen returned to Cunard in August this year as Deputy Captain of Queen Victoria.

“While we are far from being the first shipping company to have a female captain, it is nonetheless noteworthy when such a long-established British institution as Cunard makes a break with its captaincy tradition,” said Peter Shanks, president of Cunard. “But as Mark Twain drily observed, 'the folks at Cunard wouldn't appoint Noah himself as captain until he had worked his way up through the ranks.’ Inger has certainly done that,” Shanks continued, “and we are delighted to welcome her as our first woman driver.”

Olsen will helm Queen Victoria during the ship's debut Americas season, commencing from New York to Los Angeles on 13 January. During the first 17-day voyage, the ship will call on Ft. Lauderdale and Bonaire, transit the Panama Canal, and visit three ports in Mexico - Huatulco, Acapulco and Manzanillo - before arriving into Los Angeles on 30 January. Captain Olsen will take her leave on 13 February.

For more information about Queen Victoria and to book a voyage, consult your travel professional, call toll-free 1-800-7-CUNARD (1-800-728-6273) or go to www.cunard.com.
Posted by Prow's Edge Cruise Magazine at 9:29 AM No comments: